We Want to Hear What You Think!

The City of Sioux Falls plans to eventually switch out all HPS streetlights within City limits to LED streetlights. That’s why your input is so important! Residents are invited to provide input about the LED Neighborhood Streetlight Pilot by taking a brief survey. Click here to take the survey.

In total, 65 light fixtures will be replaced with the LED Streetlight Neighborhood Pilot Project. The new LED streetlights will provide the same amount of light but use about half as much energy. The project is expected to realize annual energy savings of over 48,000 kWh, equating to over $4,000 per year. The project will pay for itself in savings in just under five years, or 20,000 operating hours. The new streetlights will also be on their own meter, allowing City officials to monitor the power consumption of the new lights and compare to traditional streetlights.

The City of Sioux Falls has already realized energy savings by converting all traffic signals to LED lights. Lake Lorraine was the City’s first LED pilot area, with nine metered LED streetlights lighting the development. Since the lights were installed in November of 2014, City officials have been able to track the energy savings, with each LED streetlight costing just $0.15 per day to light, in comparison to $0.33 per day it would cost per HPS streetlight.

The City will also spend less on maintaining the new streetlights, as each LED streetlight lasts on average 20 years, versus the 4- to 5-year life span of HPS lights.

Street lighting is essential for public safety and security on all streets. The LED streetlights are designed to focus the light emitted and direct it precisely to where it is needed: on the streets and sidewalks. This helps to cut down on “light pollution” into yards and above the light fixture, improving the aesthetics of the neighborhood. This also helps to reduce the appearance of shadows and improves visibility on streets. In addition, the light emitted from LED streetlights is a whiter, clearer light, which results in a uniform light coverage and provides greater clarity than the amber shade of HPS lights. 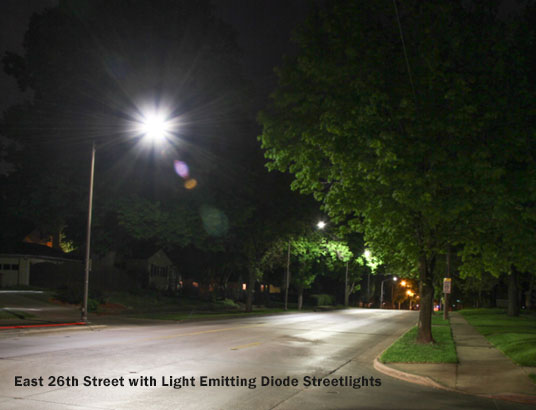 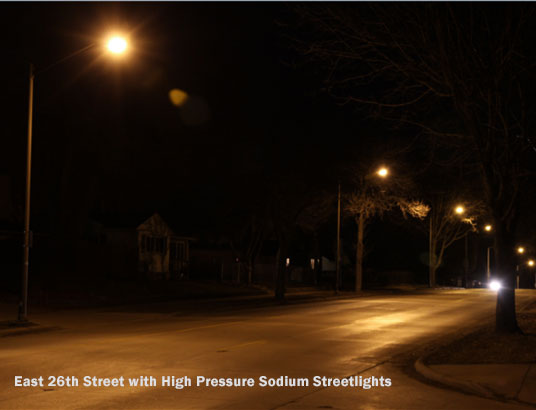 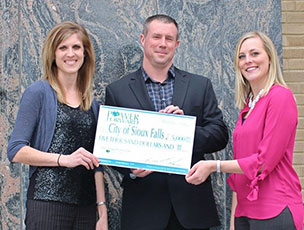 The City was awarded a $5,000 grant from Heartland Consumers Power District to help supplement a portion of the project.

Heartland is a nonprofit public power utility providing wholesale power as well as energy services and community development programs to the City of Sioux Falls as well as other communities and state agencies in South Dakota, Minnesota, and Iowa. The City of Sioux Falls then retails the power to the residents, businesses, and industries in the City’s service territory. As part of their Power Forward energy efficiency program, Heartland awards grants to its wholesale customers for projects that will improve energy efficiencies within the city.