Public transportation is a lifeline for many here in Sioux Falls. However, limited service area and hours may prevent residents from accessing personal mobility when they need it most.

To address these challenges Mayor Paul TenHaken created the Transit Core Team, a group of 14 City of Sioux Falls employees from across nine divisions.  Together they are using human-centered design to find innovative solutions by working closely with the public and community. Their goal: Increase the economic benefit of public transit for residents and the City.

Public Transit is a lifeline in Sioux Falls for the 88% of current bus users do not have a car (SAM 2018 Sioux Falls Area Metro Passenger Survey). Although the square miles of the city have increased by 75% since 1983 (42.13 vs 73.96), the service area of the transit service has had only one major increase in the past 15 years. Vital resources like mental health care and food pantries are outside the service area of existing service and inaccessible to many current bus users.

Financial sustainability is also a local mobility challenge. Prior to 2012, about 80% of transit capital costs were covered by federal funding in Sioux Falls. Today, only about 20% of capital costs are covered by federal funding in Sioux Falls. Although the City of Sioux Falls has increased local funds to supplement capital funding, the transit fund will reach of deficit in 2022. Although cost savings initiatives have occurred during that time, without significant changes to the system, cuts will need to be made.

Varieties of fare passes are available, including free rides for veterans and a 30-day pass. Passes can be purchased with cash or credit card at two transit depots or at local retailers. Individual trip fare can be paid while boarding the bus with cash only. In 2018, the average fare recovery per trip was $0.55. Scheduling and planning information is provided via Google Maps or static digital maps.

In 2018, the City of Sioux Falls conducted an on-board survey of approximately 350 current transit users. The majority rely on the bus as their only transportation alternative. Additionally:

Explore our current routes, rider origin and destinations, and more with the map below. 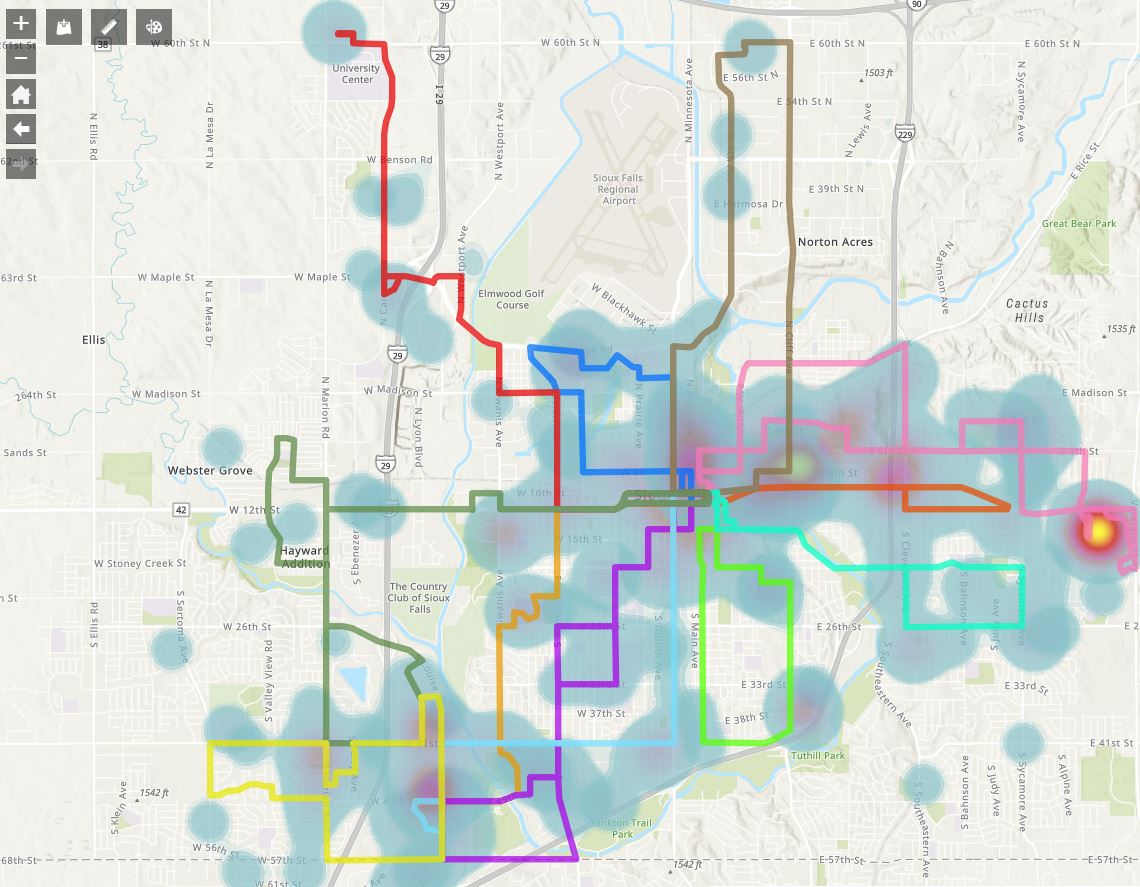 With Residents, For Residents

Through the human-centered design process, the Transit Core Team has worked closely alongside the residents most closely impacted by the transit system, including bus riders, car lovers, employers, and nonprofits. Sky Smothers, a recreation manager with the Parks & Recreation Department, was one of the team members who spent an afternoon riding city buses and interviewing passengers about their experiences. “It really opens your eyes to the challenges people face riding the bus,” Smothers said. “If you just sat in your office, you wouldn’t know it because you would not be experiencing it.”

After generating more than 50 ideas on how to improve public transit, the Transit Core Team identified the idea they believe could make the biggest economic impact for riders and for the city: shift fixed route service to corner-to-corner on-demand service using our existing bus fleet.  Here’s an example of how that experience might look from a rider perspective: 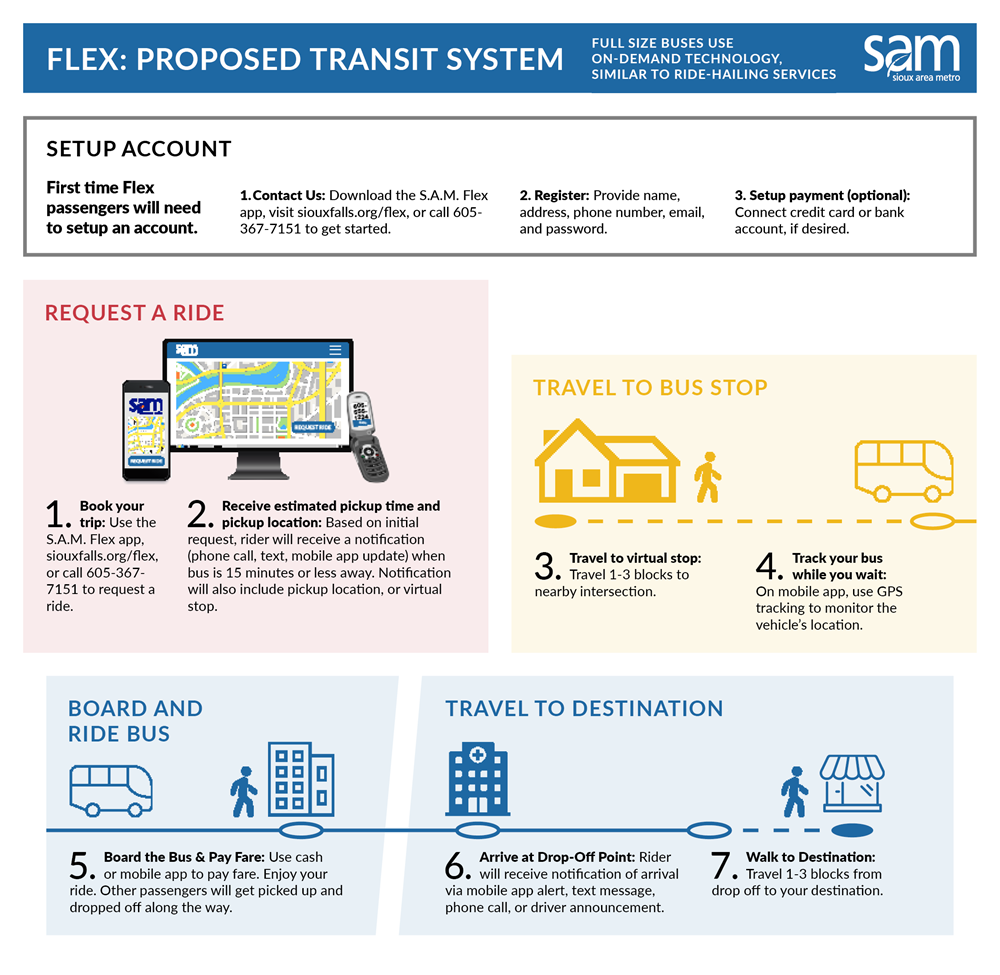 Here are some pieces that have been written about the Transit Core Team and our way of working.

Currently, the Core Team is the process of designing an on-demand pilot in 2020. Have an idea to improve public transportation our City? Contact us.