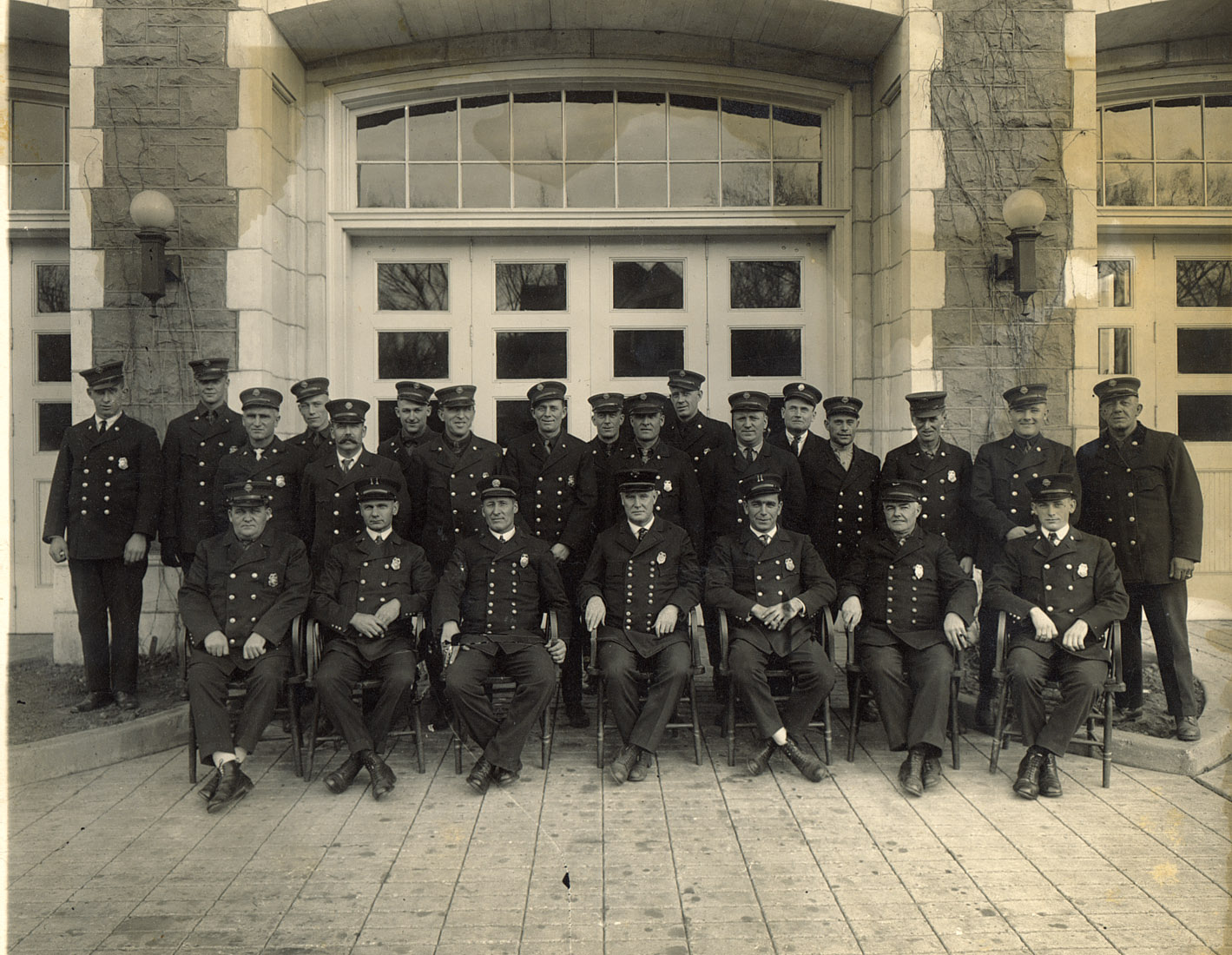 Sioux Falls, South Dakota, began as a city in the mid-1850s. As the town grew, a fire company was needed and in 1885 the first hook and ladder company was created.  As with every frontier town, the hotel was the center of activity and Sioux Falls was no different. The Cataract Hotel was located at Ninth Street and Phillips Avenue and was considered the center of town. This concept still exists as all current street addresses originate from that intersection.

Motorized fire trucks came to Sioux Falls in 1915 with the purchase of a 1915 Seagrave pumper. This truck served the city well for many years and recently a loving restoration has been completed. Even though they were removed from service because of the motorized vehicles, members of the department had the foresight to keep the horse-drawn 1880 Silsby Steamer and hand pumper. These wonderful glimpses of our past are still on display at Central Fire Station.

While buildings last years and years, much of the history of the department can be seen in photos. Stories are not all lost in the past, many remain alive because of the handwritten reports and daily log books still being preserved today. One of the all-time favorites concerns a local building recently renovated into apartments and a coffee shop. The Harvester Building is located on Sixth Street by the Big Sioux River. In 1917 there was a large fire in this farm equipment warehouse.  According to the pencil-written report, the cause of the fire was “German Spies”; newspaper clippings confirm this conclusion. Apparently there was a group riding the rail lines and setting fire to buildings along or close to the tracks. They were caught in Minnesota and confessed to the fires as well as being spies for the German Government.

The Sioux Falls Fire Department has always been a progressive department. As with all city entities there have been rough times. In the late 1950s things were extremely exasperating for Fire Chief Cruisinberry so he took matters into his own hands. Chief Cruisinberry retired from the department and ran for mayor.  He won the election and things began to improve for the fire department as well as for other city departments. One of the first changes was the construction of a new fire station, the first to be built in 30 years, at 26th Street and Cliff Avenue. This greatly improved the service to the expanding southern part of the city.  Unfortunately, Mayor Cruisinberry died of a heart attack in 1962 halfway through his term as mayor.

During the 1960s and 1970s things were not only turbulent in the country but things were also turbulent in the fire department. There were wage disputes and sick-out campaigns where the department was staffed at a bare minimum. Eventually the wage issues were settled and progress began again. Two new fire stations were opened, one at 41st Street and Marion Road, the other at 10th Street and Chicago Avenue. A large, young group of firefighters was hired to help with the demands of staffing the new stations. 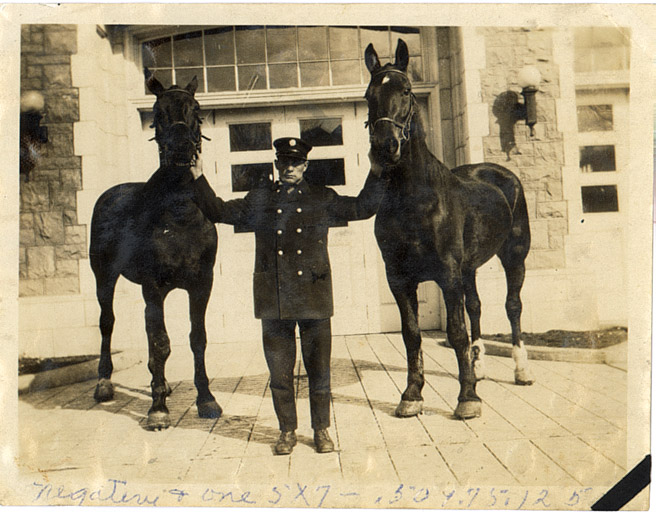 The V.L. Cruisinberry Regional Training Center was built in the late 1970s. Through the years this facility has grown and expanded to include confined space training, natural gas trees, and an actual house that was constructed by prison inmates as well as other necessary training tools. Today this center not only trains firefighters for Sioux Falls but also for the Air National Guard and training classes are held often for other agencies such as police and volunteer fire departments from the area.

During the year 1991, the South Dakota Air National Guard assumed fire protection responsibilities for the airport. The firefighters who had worked at the airport fire station were relocated to Central Fire Station, and at that time another truck company was added to respond to calls south of Ninth Street. This realignment relieved the other engine company of some of their calls in the busy downtown area and no firefighters lost their jobs because of the closure. Other station realignments followed; the stations located at Oak Street and West Avenue, Station No.3, and 26th Street and Cliff Avenue, Station No.4,  were closed and combined into one building at 37th Street and Minnesota Avenue forming the new Station No.3. The Fire Prevention as well as the Fire Chief’s offices were also moved to this location in 1989. 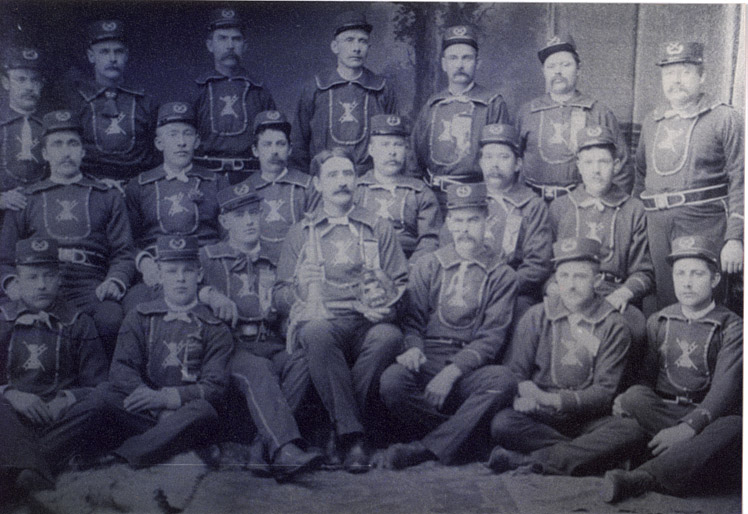 The changing role of the fire department within the city prompted a large change in 1995 - the Sioux Falls Fire Department was renamed Sioux Falls Fire Rescue.  This name change was made to reflect the ever expanding role of the department in the city of responding to more medical and rescue calls each year. By 2000, there were other things changing as well within the organization - all of the fire trucks were now becoming the traditional red color once again.

On February 21, 2003, the Commission on Fire Accreditation International (CFAI) voted to approve accreditation for Sioux Falls Fire Rescue. Of 32,000 fire departments in the United States, only 72 were accredited. Accreditation was a major commitment by the City and department to ensure that Sioux Falls Fire Rescue pursues excellence in emergency response and fire prevention through adherence to standards, strategic planning, and continuous self-assessment and improvement.