Ms. Lisa Brunick, Artist and Hawthorne Elementary School Art Teacher, explained that last fall her 5th Grade art students explored 2004 SculptureWalk and the layout of downtown Sioux Falls. The students felt that the existing concrete retaining flood wall, located along the Big Sioux River,   between 9th Street and 2nd Avenue, would be a possible location for student made art. The size of the existing wall measures four (4) feet in height and is approximately 400 feet in length. The wall section that interests the 5th Grade students is the first 100 feet on the north end, nearest the city's river ramp parking structure.

In the Fall 2004, Hawthorne Elementary School students and teachers began learning about the Circle of Courage and UBUNTU. The Circle of Courage is a teaching model program that emulates the Native American culture of peaceful living and is geared to students who are considered to be "at risk" of failure in school. The UBUNTU, pronounced: oo-BOON-too is an ancient South African philosophy, that teaches about who we are as people of the world and how we relate to and support each other ("I am who I am because you are who your are").

The art process involved approximately 400 children, ages 3 years old through 11 years old, creating artistic images celebrating peace and diversity. The painted images are representative of the collective cultures, colors and experiences of the children and incorporated into a mosaic design that stretched through the Hawthorne School hallways. With the finished paintings hung on school walls, Mr. Dave Syverson, local businessman and owner of Syverson Tile, visited the school and loved the students' work. Mr. Syverson contacted a local photographer who came to the school and photographed the artworks. The photographs were sent on to the American Olean Tile Company in Landsdale, Pennsylvania. This company translated the photographs into grids for assembling the tiles.

Relative to funding, local businesses, and the Hawthorne students conducted fundraising projects to pay American Olean for cutting and assembling the 2" tiles into 1' X 2' sections according to the student's mosaic design. The cost is $11,000. Syverson Tile has donated all the tiles to the project and will allow Syverson Tile employees to donate "community service" hours to actually placing the tile sections up on the wall. The Sioux Empire Arts Council has agreed to help in promotion and celebrate the installation of the student's mosaic wall.

Ms. Brunick emphasized the goal is to see the mosaic wall completed. She noted that because the wall extends approximately 300 feet beyond the proposed mosaic design would cover, the Hawthorne Elementary School vision to complete the wall is to divide the remaining length into two sections. A team of middle school artists could create the middle section of the wall, and in a couple of years, a team of high school artists would be invited to create the final wall section. Ms. Brunick commented that Syverson Tile has committed to seeing this entire project through to completion over a period of several years.

Ms. Brunick shared some of the Hawthorne student comments. They include:

The proposed location of the mosaic is the retaining wall located along East River Road, along the Big Sioux River, between 9th Street and Fawick Park.

Ms. Brunick has obtained the cooperation and financial support of local businesses to transform the art into a porcelain mosaic and install it as the first phase of a longer mosaic.

The Sioux Empire Arts Council has agreed to assist in the project and coordinate a continuation of the mosaic along the wall in the future.

City Engineering staff have indicated that the mosaic project would not interfere with the flood wall system and that there are no scheduled street works or retaining wall repairs in the near future. 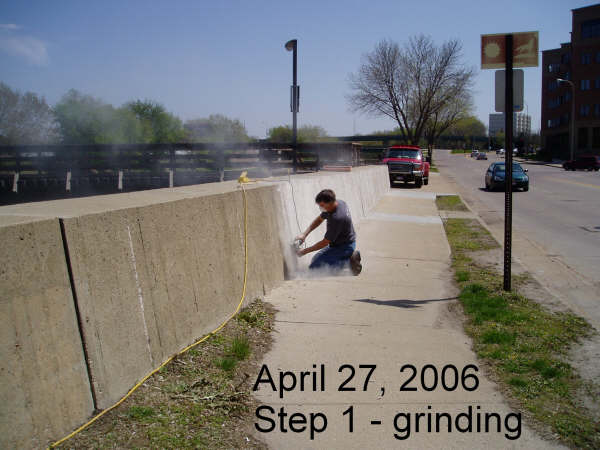 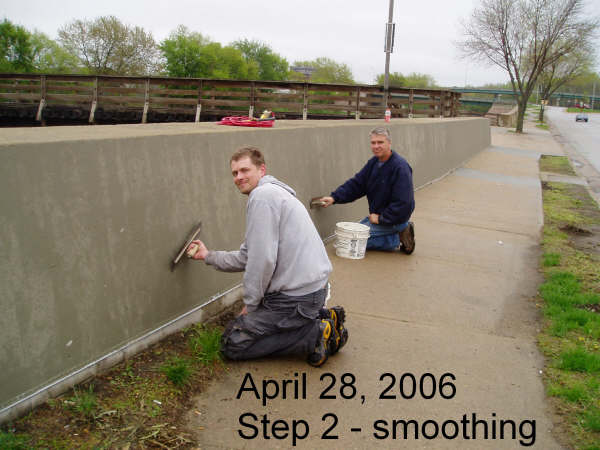 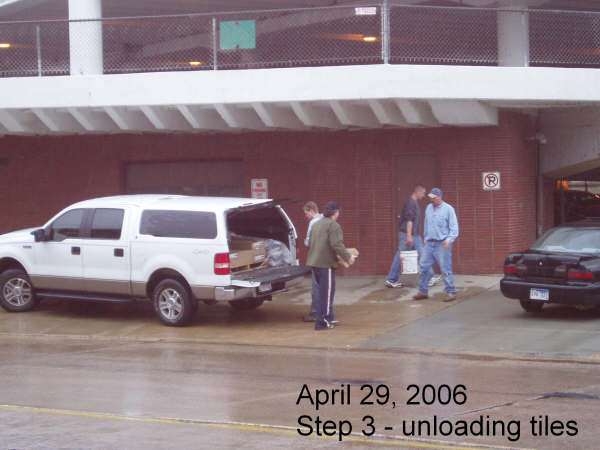 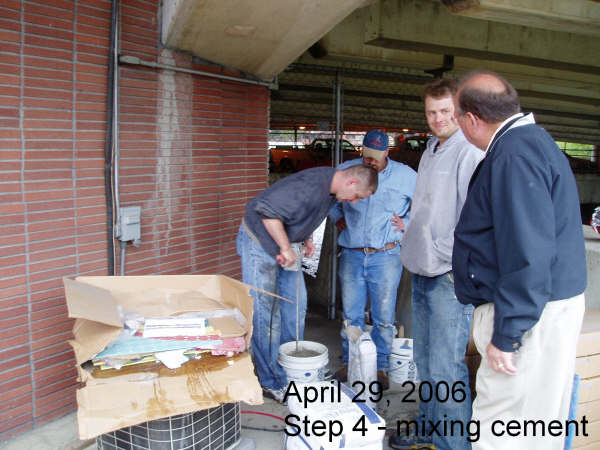 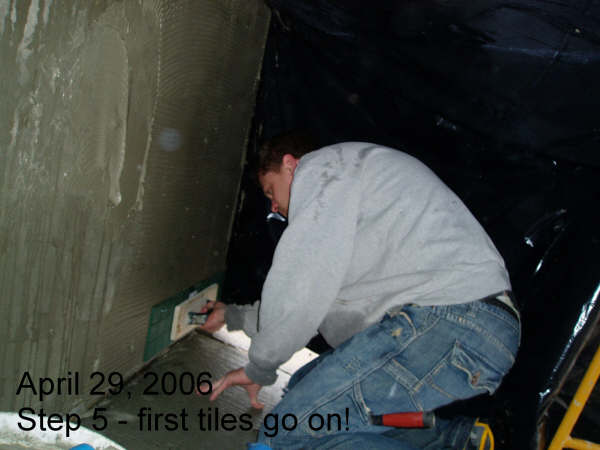 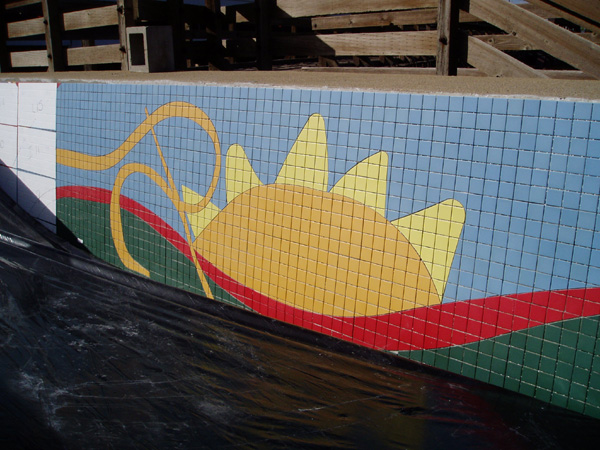 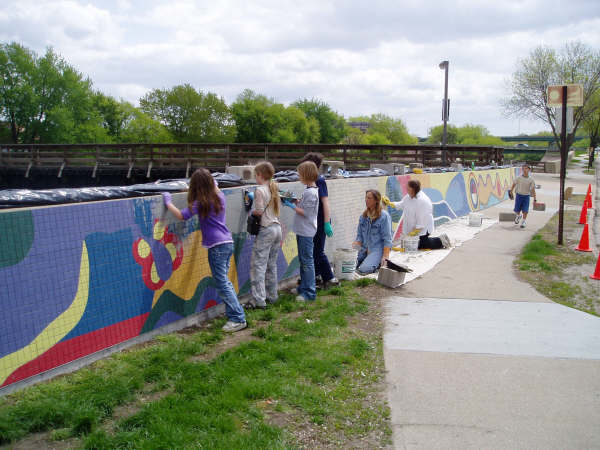 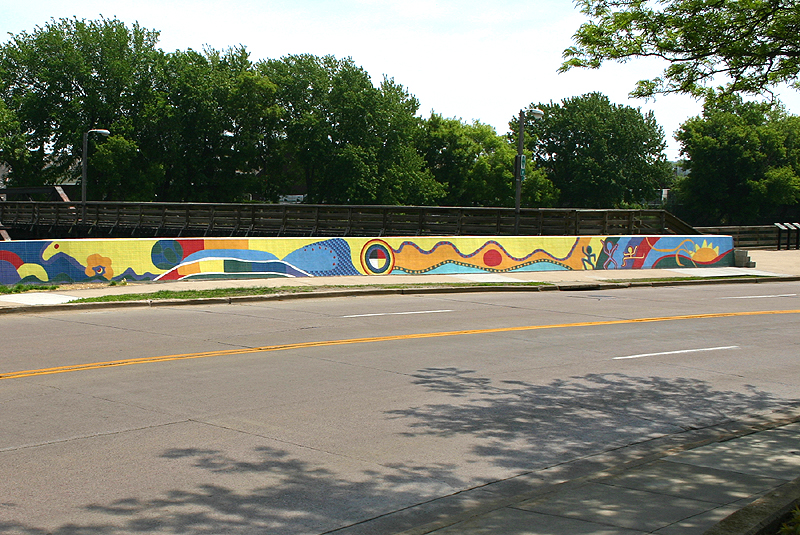