There’s no question that our downtown is full of vibrancy and vitality. Thanks to thoughtful planning by City and community leaders, we’ve seen continued progress over the past two decades in building an attractive downtown for businesses, residents and visitors. Consider these notable public investments made over the past 20 years: Falls Park clean-up and improvements, Phillips to the Falls, SculptureWalk, Phase 1 and 2 of the River Greenway Master Plan, railyard relocation, Levitt at the Falls, and the reopening of the historic State Theatre. Property valuations downtown have more than doubled in the past 10 years downtown because of these and other investments. 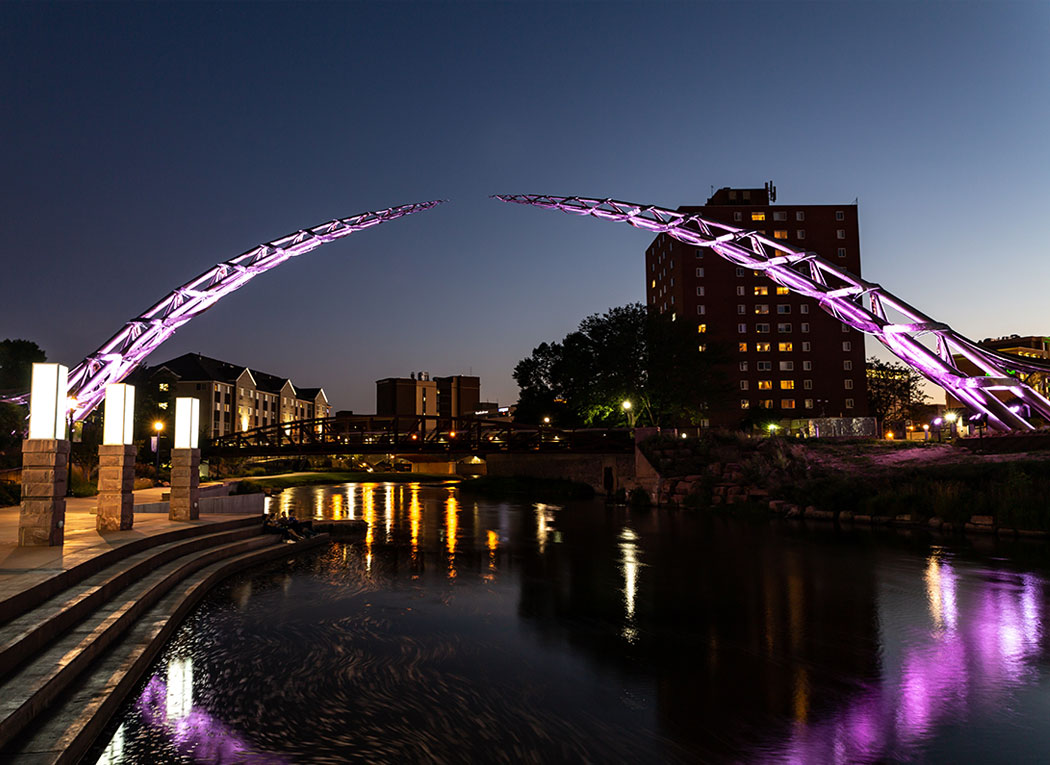 With the recent announcements outlining developments at the Sioux Steel site and across the river for the envisioned Cherapa Place expansions, the upward trajectory for downtown will be tremendous. These and other public and private investments on the horizon only stand to magnify downtown’s vibrancy. We are seeing this revitalization due to strong community leaders who see the value in investing in downtown, along with the City’s understanding of the value of partnerships.

In the next two to three years, between the private and public sectors, we anticipate a total of $400 million will be invested into downtown. At least in our region, I cannot name another community the size of Sioux Falls where $400 million in investment will occur in that period of time. As our downtown grows, so does our whole economy across the region. We continue to place efforts outside of the city’s core as well. Areas like Foundation Park, for example, are growing, in part because the heartbeat of the community is thriving.

Moving forward, increasing density downtown continues to be important, along with a combined growth of sectors including housing, workforce, hospitality, retail, restaurant and tourism. Workforce density downtown helps support small family-owned retail businesses and restaurants that contribute to downtown’s attraction for residents and visitors alike. My administration has continued to elevate the opportunities surrounding corporate headquarters and business growth in the City-owned railyard property. First PREMIER Bank recently opened their corporate headquarters in downtown, cementing their commitment to the core of our city. The recent announcement from Jeff Scherschligt and leadership from The Bancorp Inc. to relocate their headquarters is another example of corporate investment in downtown. Downtown continues to draw workers looking for that distinctive downtown experience. We continue to see new businesses open downtown with that in mind, especially due to today’s competitive workforce.

As a City we continue to invest in downtown infrastructure improvements like the Eighth Street Bridge rehabilitation—which includes finishing up the River Greenway under the bridge and ultimately lighting the arches later this summer to complement the Arc of Dreams—and are also looking forward to improvements on the Sixth Street Bridge. We are also beginning the design to update the Seventh Street cul-de-sac, with the plan to provide a more intentional access point to the Arc of Dreams.

Along with infrastructure improvements downtown, we have several other major exciting projects in the works, and we will be working with our City Council to discuss funding for these investments over the next few weeks. Greenway Phase 3 will include the development of public gathering places along the river and reconstruction of the low-head dam at Falls Park. This project will be complementary to the adjacent development at The Steel District and is scheduled for design and permitting in 2021 and 2022, with construction beginning in 2022.

In addition, Jacobson Plaza at Falls Park will be a showpiece for downtown and feature two new amenities to our parks system: a refrigerated ice ribbon and the region’s first inclusive playground. That project is in design this year, with plans to bid over the winter, construct next year and open ideally in November 2022. We also are holding our first-ever design competition for Falls Park to plan for the park’s future.

It’s an exciting time in Sioux Falls, and the investments being made in our downtown are historic. My administration is committed to ensuring that momentum continues and we remain an incredible city to live, work and play.