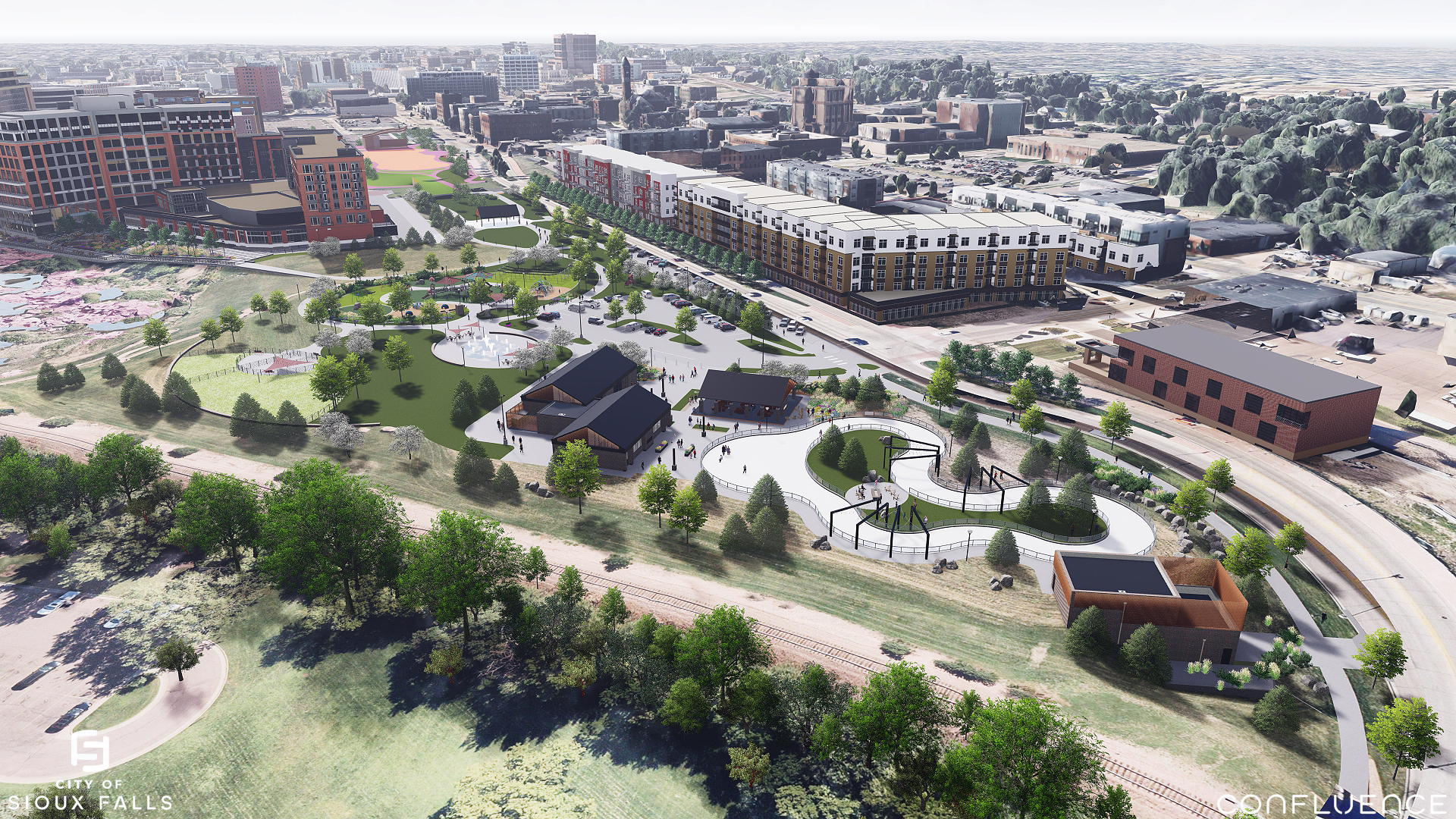 Festive amenities such as lighting, sound, and fire pits will also be incorporated into the plaza. On street parking is encouraged along nearby Phillips Avenue and 2nd Street, and the plaza will have a small parking lot for people with accessibility needs. A dedicated drop off and pick up area in the plaza will also be available for convenient access to the plaza.

Design team members and City staff made site visits and interviewed personnel at similar regional destinations. The planned ice ribbon is 14,000 square feet which allows for a capacity of more than 200 skaters at a time. The accessible playground is planned to be 26,750 square feet, which will be the largest play experience in Sioux Falls. Although the playground is designed to be useable for those with disabilities, it’s intended for use and enjoyment by everyone. 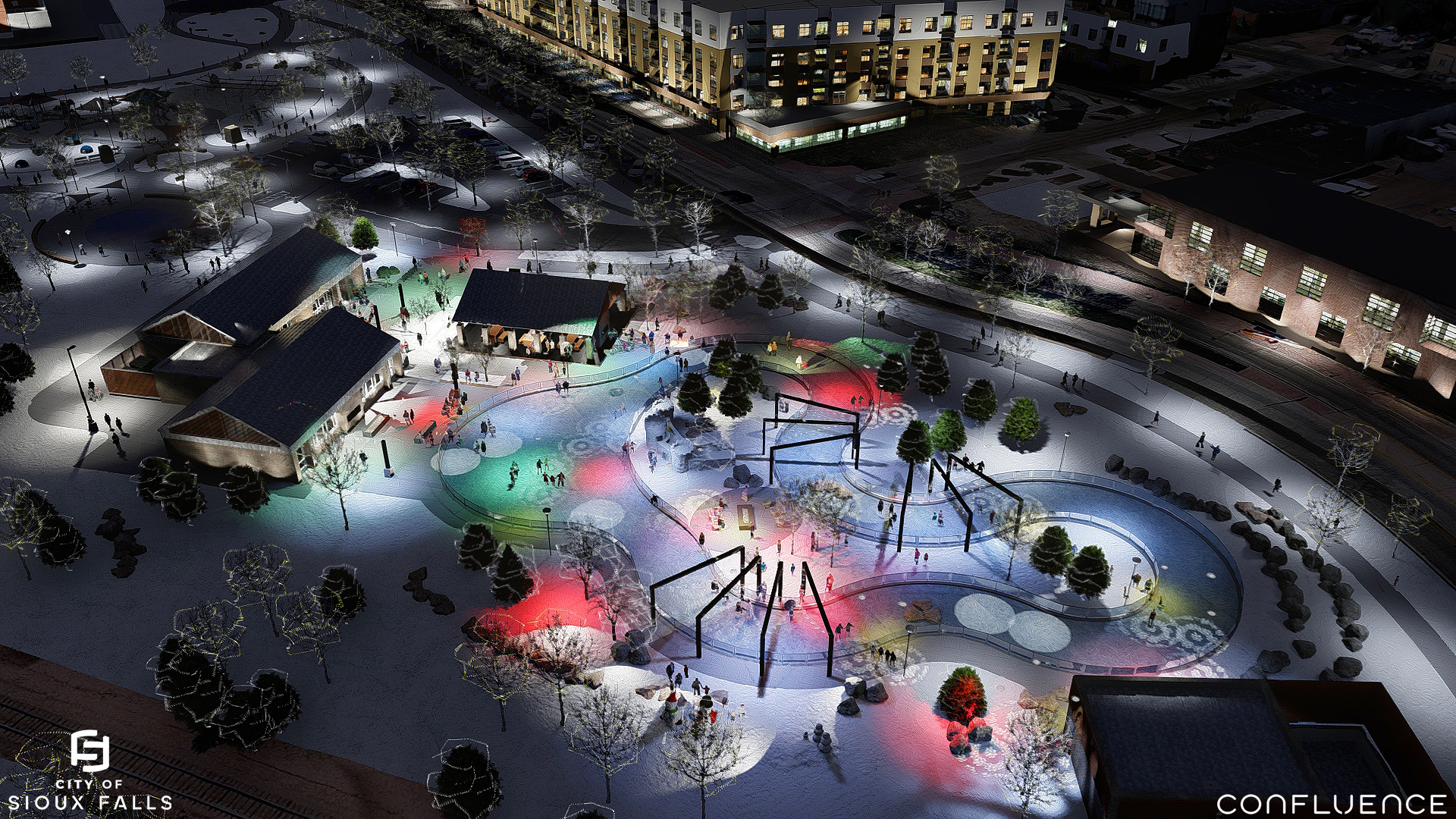 Seasonal variety and visitation are an important component of Jacobson Plaza design. Special consideration was placed on activation of the plaza to accommodate a wide variety of recreational activities, to encourage visitation to the plaza and use of amenities on a year-round basis. Structures will be available for a variety of uses and the plaza can accommodate both large and small events. Electrical and lighting access points will also support flexible use of the space and amenities.

Future phases of the plaza may include a splash park and dog park. 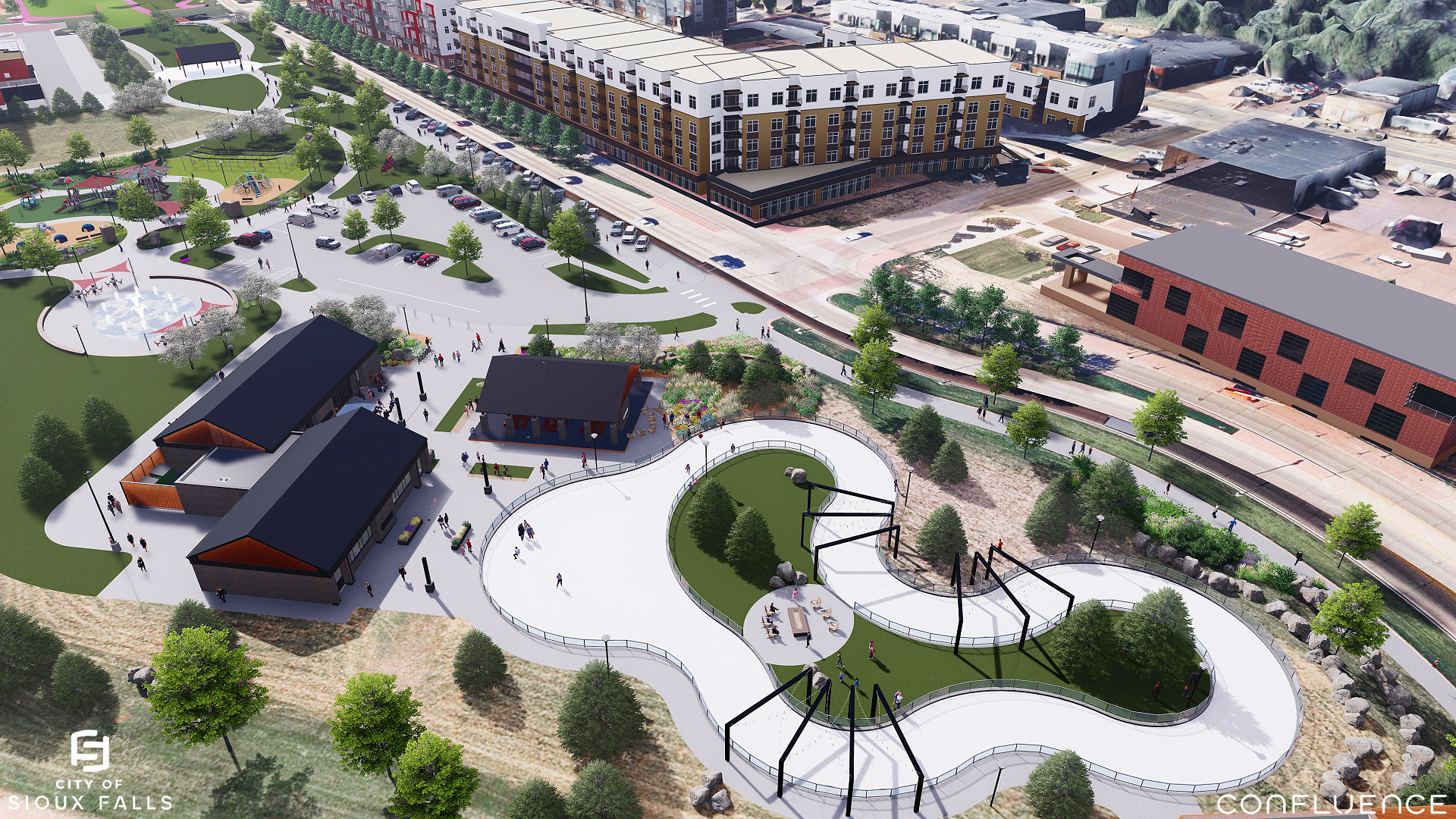 The project is being completed through a 50/50 partnership between private donors Garry and Dianne Jacobson and the City of Sioux Falls. 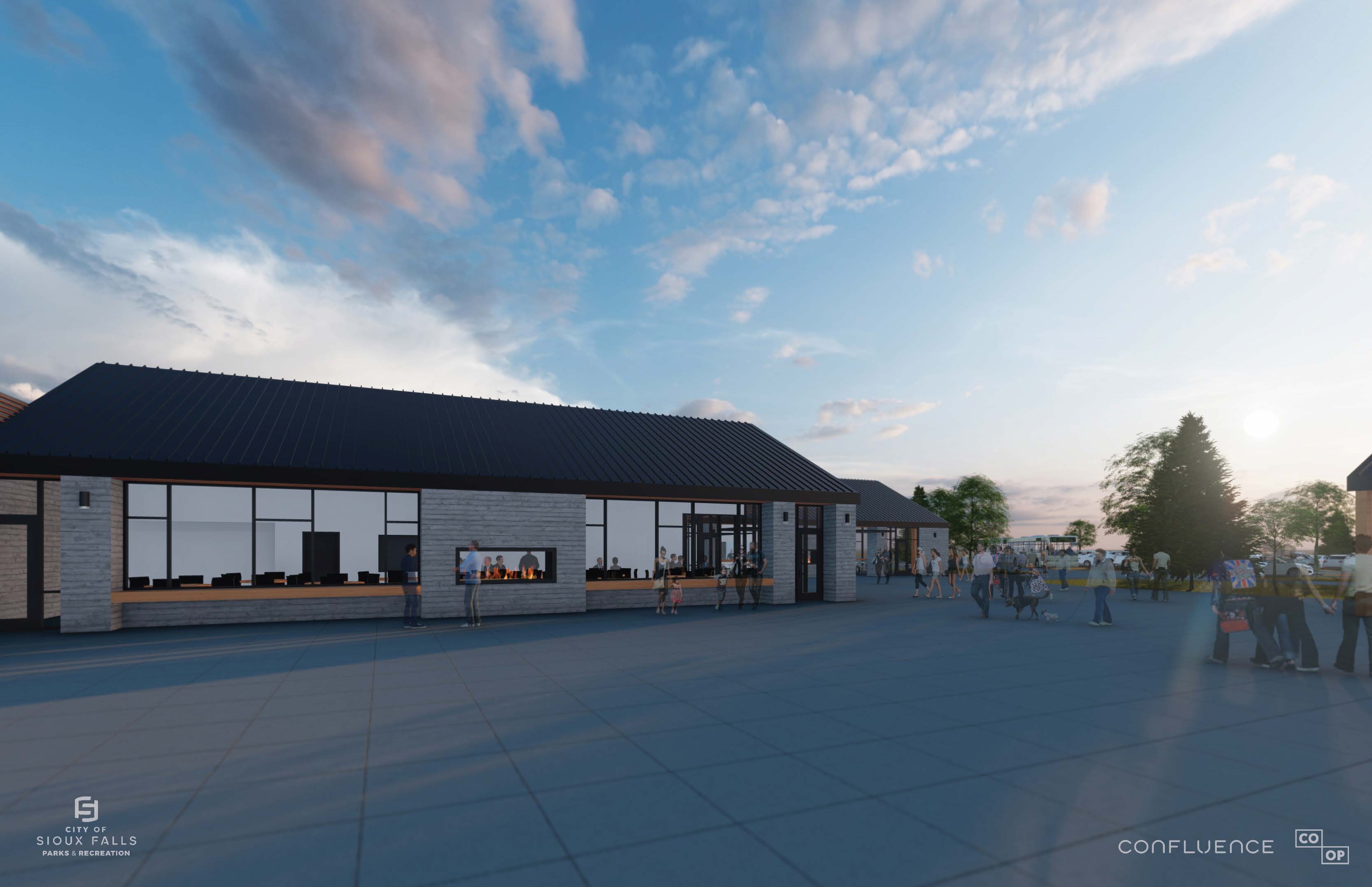 Construction of the plaza is anticipated to start this Fall and be complete in time for winter use in 2023. Completion of the nearby River Greenway improvements and the Steel District Development projects are also expected to reach completion along similar timelines. The design team is currently working with the SD DANR and other state offices to address environmental considerations at the site, and design work will wrap up this summer.