The City of Sioux Falls through its consultant RDG Planning and Design and Alta Planning and Design has developed the following concept plans to improve bicycle and pedestrian connections and accessibility for each of the below areas of the community. Each concept plan has a map and recommendations for bicycle and pedestrian facilities to help create attractive, comfortable, and safe connections. To provide your on-line comments, please take a survey for one or more of the concept plans that are located below which includes design elements such as trail connections, bike lanes, or mini traffic circles. For more in-depth information on all concept plans, read the entire draft study located to the right. An open house was held on January 24th from 5 pm to 6:30 pm at the Downtown Library to collect comments and input from the public. 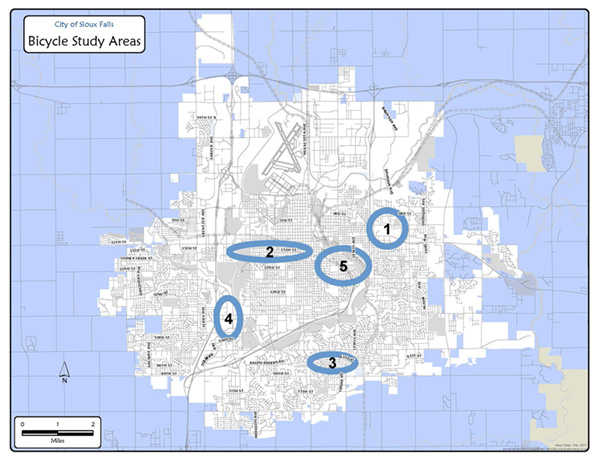