Since the City of Sioux Falls established its first Tax Increment Financing District in 1989, the City has taken a conservative approach to the establishment of TIF Districts in Sioux Falls. The City has effectively and reasonably used TIF as a development incentive for blighted areas within the core of our community. 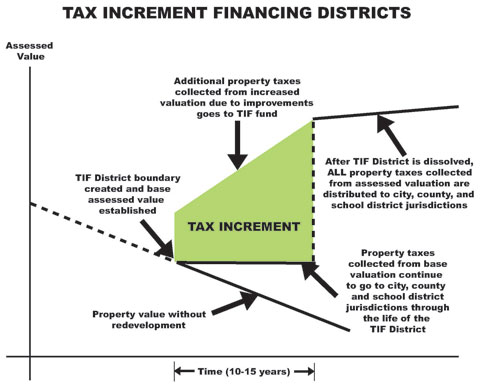 TIF District #22
was created in 2020 to construct a mixed-use development at the old Sioux Steel site downtown to stimulate economic development of the site by supporting the construction of a parking ramp to support the public's access to the development. The site is bordered by Falls Park West to the west and north, West 6th Street to the south, and the Big Sioux River to the east.
Download Map if TIF District #22
Approved TIF District #22 Project Plan